Analyzing the factors that drive profit in a given industry, a powerful ability for a competitive intelligence organization, is the focus of Porter’s five forces framework. In this article, we look at how these five forces can be used to reveal the nature of a market, using the airline industry as an example.

Rivalry with competitors has an obvious impact on profit within a market segment. The airline industry has a large number of participants, with product offerings that are only slightly differentiated among those providers, and growth of the total addressable market is quite low. Together, these factors tend to make commercial air travel extremely competitive, helping to explain the difficulty of driving up profitability.

There are relatively few companies that supply large commercial aircraft, and there is some room for differentiating products, such as with innovative materials and engine technologies that increase fuel efficiency. And while industry growth is fairly low, those other factors tend to enhance the profit potential for aircraft makers, although they are obviously dependent on the often-troubled airlines. As a result, those suppliers tend to have widely varying profit over time.

Consumers purchasing air travel have such sophisticated Internet-based tools at their disposal that they continue to place extreme pressure on the airlines’ profitability. Buyers typically think of air tickets as being an undifferentiated commodity, and those buyers have the ability to switch among airlines from one purchase to the next without any added cost. These factors tend to put further challenges on airlines, in terms of profitability.

In the airline industry, the arrival of a new airline can be disruptive, particularly since new carriers tend to focus on high-value route corridors and bill themselves as bargain carriers. On the other hand, the cost of entry into the market is fairly high, and that fact together with the industry’s reputation for limited profitability make such disruptions rather rare.

At first glance, alternate modes of transportation have a difficult time competing directly with air travel because of airplanes’ unique ability to cover large distances quickly. Similar to the impact of the Substitutes force on other industries, however, the most disruptive substitutions may not be obvious. Consumers may elect vacations closer to home in a down economy, for example, and businesses may place more emphasis on online collaboration than business trips. 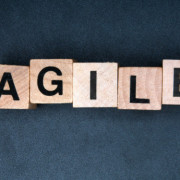