As described in the book of the same name by Adam Brandenburger and Barry Nalebuff, co-opetition is the concept of mutual benefit to one another by separate businesses. For example, a streaming service such as NetFlix might add value to Apple TV (since iTunes is download-only), and likewise, Apple TV might drive business to NetFlix.

As the Apple and NetFlix example above indicates, it is entirely possible for two companies to benefit each other, even with operations that are in the same general market segment. The dynamic may provide a more complete product or service offering, as is the case for Apple here, or it may help drive customers to your product or service, creating a broader total addressable market, as is the case for NetFlix.

Another common illustration of the complementor concept is that it has become common for makers of ERP, CRM, or other enterprise software to include hooks for social media such as Facebook, LinkedIn, or Twitter. The enterprise software maker benefits from those connections, but has little if any real control over them.

Hazards from Connections Outside Your Control

The most obvious potential hazard of co-opetition is that the company that complements your business today could emerge as a direct competitor tomorrow. Likewise, any missteps by that company (or even the company’s outright failure) could have a negative impact on your business, and you could be powerless to change it.

A more subtle issue is that the company that complements your offerings could, in many cases, change the rules of engagement. Twitter recently added restrictions to the use of their APIs by others, allowing external apps to submit tweets, but not to aggregate or syndicate Twitter content without permission. This change gives Twitter more control over where readers see Twitter content (and ads), but it could threaten some companies’ business models.

Analysis of a Co-opetition Landscape

Because co-opetition carries the potential for both benefits and hazards, the book establishes a competitive intelligence framework to analyze potential outcomes, based on the mnemonic acronym PARTS:

The “Competitive Intel” Episode 29 Transcript – Thinking about Apple: Don’t Generalize from a Specific 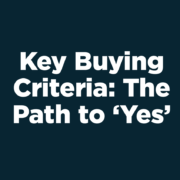 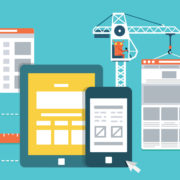 Sales Needs A Say In Strategy