Journalists, analysts, market researchers – how often do you hear these people referred to as spies? And yet, for the competitive intelligence professional, it’s all too common to hear, “Oh, so you’re a spy!” While CI certainly draws some techniques from the intelligence community, deep and clear differences exist, with regard to both ethics and practicalities. A better understanding of CI in the context of other fields can be achieved by considering parallels with quantitative market research and investigative journalism.

What Spies Do that CI Does Not

Organizations such as military intelligence and the CIA engage in at least three types of interactions with human subjects. The first of these is interrogation, where the subject is typically hostile but aware that they are being questioned. The second type is interviewing, where a willing participant is aware of the information being sought. The third type of interaction is elicitation, where the subject is not even aware that the agent is trying to get information.

Of these three approaches, interviewing is the core part of the CI enterprise. Interrogation is obviously outside the realm of CI work. Likewise, while some CI practices (such as trade show intelligence) may venture into elicitation, the ethical demands of CI preclude misrepresentation.

The Role of Market Research Techniques in CI

As a discipline, CI draws heavily from approaches developed by market researchers. It is vital to consider the objectivity of your data-collection methods and to apply the optimal research approach. Is it best to do in-depth interviews, a Delphi panel, or perhaps some type of crowd-sourcing initiative?

At the same time, crossover from the market research field into CI tends to be more qualitative than quantitative, and it is important to consider essential differences between conventional market research and CI projects. For example, market researchers focus a great deal on maximizing sample size, which is generalize across a population, but not to key CI issues such as a specific individual competitor’s plans, customers, or pricing.

To better obtain information from willing subjects, CI practitioners can draw valuable guidance from the field of investigative journalism. The ability to engage human subjects with a lively, interesting interview process is vital to both CI and journalism; unlike an interrogation, the interview of a willing subject requires you to build them up, rather than wearing them down.

And unlike spies, market researchers, journalists, and CI professionals have in common the ethical requirement to disclose their true identities, without any cloak and dagger intrigue. 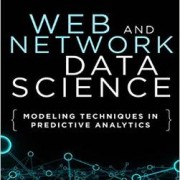