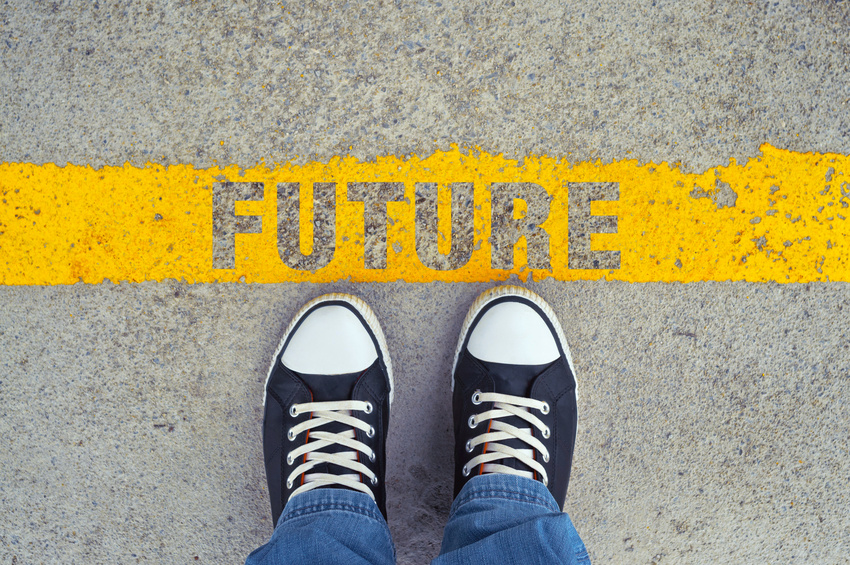 Technology is constantly evolving. As anyone working in B2B tech knows, it can be challenging to stay on top of the latest trends, analyses and predictions while still getting through your mountain of daily tasks.

B2B Book Review: Get A Preview of Tech In 20 Years

This article is based on an episode of the B2B Market Research Podcast. The audio version is also available here.

Alec Ross’s book, The Industries of the Future, is a super handy guide through the tech trends you should be watching. Basically, it’s the CliffsNotes of future tech. In the book, Ross zeroes in on a certain technology and describes what’s happening with it now and how it is likely to evolve. Each chapter is a great, succinct snapshot of technologies like robotics or bitcoin. That alone makes this book a great primer.

Ross typically ends each section with a discussion of what likely advancements might portend for competitiveness at various levels.

He describes his motivation for writing the book like this:

“The book I know my parents or grandparents wished they had read in the 1960s would have described what globalization was going to do to the world. The book I wish I had read as I left college more than 20 years ago would have told me what the Internet and digitization were going to do to the world. This book explores the industries that will drive the next 20 years of change to our economies and societies. Its chapters are built around key industries of the future- robotics, advanced life sciences, the code-ification of money, cybersecurity, and big data- as well as the geopolitical, cultural, and generational contexts out of which they are emerging.”

Ross has a lot of perspective to bring to the trends he covers in the book.  He served for four years as the senior advisor for innovation to the secretary of state. In that role, he traveled the world, met a number of significant business and national leaders, and learned a lot along the way.

The whole book is worth reading, but I’m going to recap the parts of the book that I found most important.

He also warns that robotics may take over certain service jobs such as waiters. This begs the question of what kind of entry level jobs will be available if robotics really take over service jobs.

“It’s my view that the current moment in the field of robotics is very much like where the world stood with the Internet 20 years ago.”

As someone who was working with the commercial Internet right at its inception (I was using Mosaic and Gopher back in the early ‘90s), I thought that this was a pretty compelling statement.

I’m well aware that robotics is set to take off, but to think of it as where the Internet stood 20 years ago is somewhat mind boggling. The Internet has seeped into nearly every conceivable human activity. Will robotics change our way of life as much as the Internet has? If you ask me, yes. I think Ross gets it right.

Before we get into Ross’s perspective, let’s cover a simplified explanation of the blockchain and bitcoin.

The bitcoin is a digital currency that was created in 2009. There are no physical bitcoins, only balances that are associated with public and private keys. Bitcoins can only be accessed through these keys. Like an ATM pin code, these keys need to be kept secret in order to keep bitcoin accounts secure.

First off, Bitcoin may have a role to play particularly in emerging countries. Ross quotes Venture Capitalist Marc Andreessen,

“Only about twenty countries around the world have what we would consider to be fully modern banking and payment systems; the other roughly 175 have a long way to go. As a result, many people in many countries are excluded from products and services that we in the West take for granted. Even Netflix, a completely virtual service, is only available in about forty countries. Bitcoin, as a global payment system anyone can use from anywhere at any time, can be a powerful catalyst to extend the benefits of the modern economic system to virtually everyone on the planet.”

But Bitcoin is not without its detractors. For instance, a quick search on Google for “bitcoin vs. blockchain debate” yielded 254,000 results just now.

In the book, Ross makes a strong argument that the blockchain might outlive Bitcoin. He holds this view because the blockchain can be used by business today, and Bitcoin is going to require a bit more rewiring of cultural and political structures in order to succeed as a virtual currency.

Ross also covers the impact of big data and advanced analytics on our future world.

It’s not just number crunching. It’s not just advanced pivot tables. As Ross sees it, what we have with big data and advanced analytics is a set of tools that really allow us to make better decisions.

There is no better practical example of this than precision agriculture.

With precision agriculture, companies like John Deere are able to marry GPS data, data about the soil, data about historical weather patterns, and even crop yields over time to determine exactly how much fertilizer to put in a very specific spot. This increases the amount of crops that are delivered to the farmer. It also limits over-utilization of products like fertilizer.

There are a number of examples in the book about big data and analytics and its power. All of them are worth taking a look at in detail.

The book does have a few flaws though. When Ross starts talking about the weaponization of code, it’s not that his examples are wrong, I just think they aren’t the strongest ones he could have given.

He also just skims a wide surface area of topics from government use of hacking techniques, to defending against these techniques, alongside examples of how businesses are working to protect themselves against cybersecurity threats.  Each side of the story, government and business, probably deserved their own chapters.

The same thing is true when he talks about the implications of cybersecurity on the industries of the future. He really just skirts over the subject at a very high level. There’s so much more he could have said here. As cybersecurity threats will impact big data and analytics plays, robotics initiatives, and so much more.

Overall, however, this book serves as a great primer for the technologies of our future. For that reason alone, it’s a worthwhile read for anyone focused on B2B sales, marketing, product development, or research. I highly recommend it.

This podcast is brought to you by Cascade Insights. We specialize in market research and competitive intelligence for B2B technology companies. Our focus allows us to deliver detailed insights that generalist firms simply can’t match. Find out what we do and how we can help.

Microsoft Doubles Down on B2B With LinkedIn Acquisition