Every organization presents moments of opportunity that watchful competitors can take advantage of. For example, during the end-of-year holiday season, operations at most companies in the US and many other parts of the world are virtually at a standstill. That near-hibernation may last four to six weeks or more, and it’s just one of many such times that create vulnerability, in terms of not being able to respond rapidly to actions taken by others.

While the holiday season is both easily predictable and relatively long in duration, it pays to consider other predictable times when a competitor will have limited ability to respond. Another common seasonal distraction is the period of employee reviews and the turn of the fiscal year, which consumes tremendous resources in many companies over the course of weeks or even months.

A wide variety of other, more sporadic causes of downtime also exist. For example, when a change in senior management or other reorganization happens, people in the affected section of the org chart tend to go into a holding pattern as they wait to see what changes are coming. Announcements of significant layoffs have a similar effect, through negative morale and employees investing energy in dusting off their resumes and networking.

While a competitor is distracted, the opportunity arises for you to get a head start on any of a number of activities before the other company will have a chance to react. For example, if your company changes its offerings with a new initiative or product launch, a few weeks extra lead time before your competitor can adjust to the changes you have made to the market landscape can give you a significant competitive advantage in many cases.

Another great example is making changes to your pricing; being able to undercut a key competitor sets the stage for you to win customers away from them, especially if the other company isn’t in the conversation right away. Likewise, releasing a study that positions you favorably to the competitor can be especially effective in such situations.

Gaining Insight About When Opportunities Occur

Knowing when you are likely to be able to catch a competitor flat-footed is the key to taking advantage of these situations, and continually monitoring them is the means to that end. Keeping electronic tabs on them can be quite simple, once you have set up a few automated resources such as Google Alerts and RSS feeds. More resource-intensive approaches are also valuable, such as keeping tabs on LinkedIn and other open source intelligence.

Just as important as identifying disruptions and other opportunities is being able to react to them when they arise. Doing so can be especially challenging in larger companies, where significant time-lag often exists between identifying an opportunity and being able acting on it; in those cases, advance planning and preparation often carries the day. 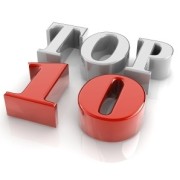 The “Competitive Intel” Episode 20 Transcript – What is the Competitor’s Pricing?

The “Competitive Intel” Episode 12 Transcript – CI Communities you should know

How Good Researchers Give Bad News

The Other “Fiscal Cliff” – How to Stick It to the CompetitionThe “Competitive Intel” Episode 22 Transcript – Are You a Spy...
Scroll to top